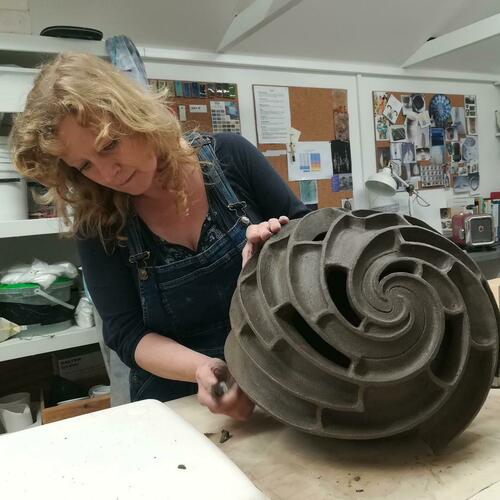 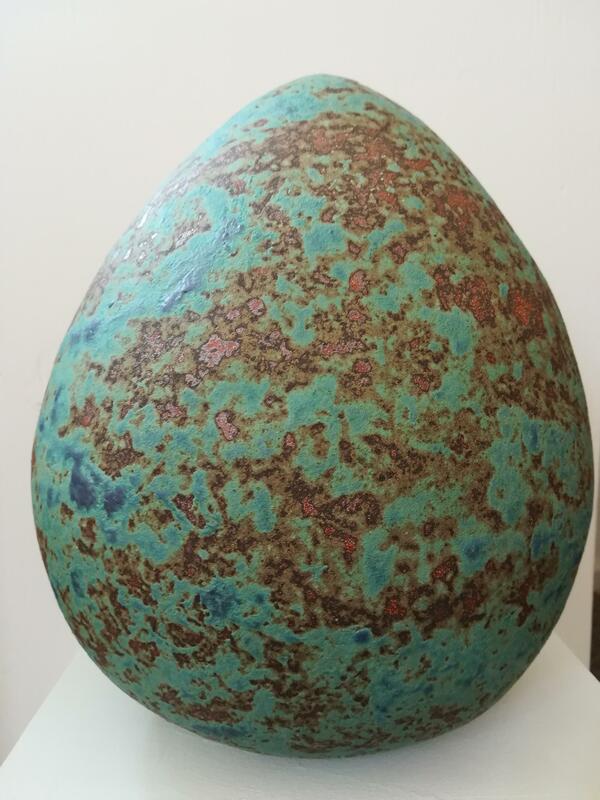 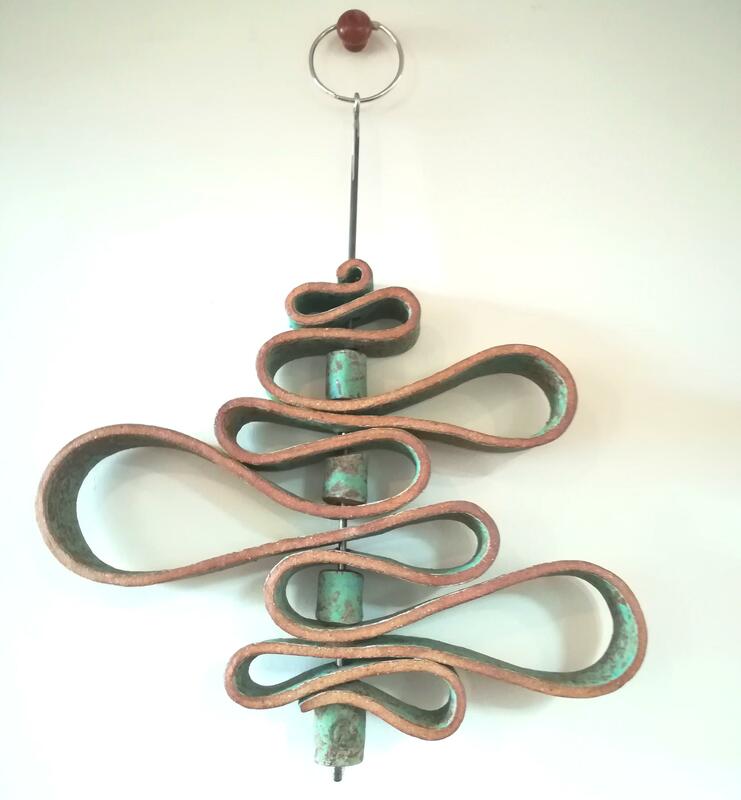 An exhibition of beautiful, unique hand built ceramic sculpture, displayed in The Methodist Chapel in the small picturesque town of Watlington. Pieces for sale include abstract indoor and outdoor sculpture, and also vessels, vases, candle holders and framed mosaics. Andrea works primarily with stoneware clay, using a unique dry finish glaze to give a textured surface reminiscent of natural lichens and moulds, or rusts and patinas on metal. Her work is inspired by the ancient symbol of the spiral, and also by nature. This show is part of a larger event of over 60 artists taking place around the town . Visitors can view the art every day between 6-14 May and meet the artist at the specified times.

From a young age Andrea has been a keen maker, and as a child also dreamt about becoming a scientist. However, having discovered at school that she was a poor physics and chemistry student, she gave up on that idea. It was only after taking a ceramics evening class in her twenties when she discovered an outlet for both her creative and scientific passions that she fell in love with the medium of clay. She loves the fusion of art and science involved in the process of ceramics. After a couple of years of informal adult ceramics classes, Andrea took a City and Guilds in Ceramics. It was there, and afterwards during a 3-year artist residency at a North London secondary school, that she developed her style of spiral-inspired, hand built sculpture and first started exhibiting her work. Her sculpting continued for many years as just a side-line, alongside full-time work. It was only in 2019 that she launched ABCeramics more formally and with the help of Oxfordshire Artweeks, started working as a professional, commissioned artist. 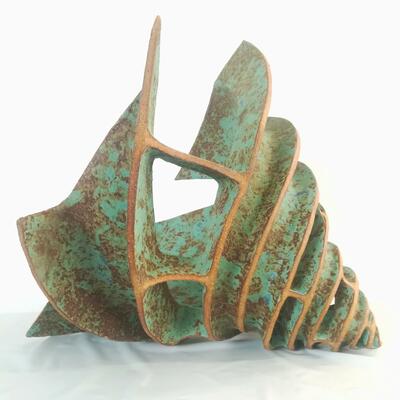