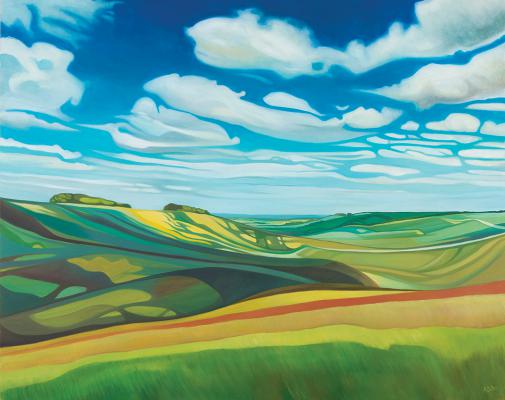 Around 1000 artists, including 180 new for 2012, are preparing to open almost 500 venues across the county this spring as Oxfordshire Artweeks celebrates its 30th anniversary, making it the longest-running and biggest open studios event in the UK.

An exhibition on a barge, a gallery in a caravan, a woodland and an installation in an old boot factory are just some of the places you’ll be able to visit during Artweeks in May.

From a teenager commended by the ‘Wildlife photographer of the year’ competition to an award-winning ceramicist who wears goggles and gauntlets to brave the flames in which she fires her pots; life-size sculptures celebrating Olympic values standing tall in The Ashmolean to a festival of illustration at Blackwell bookshop there are events and exhibitions to captures everyone’s imaginations.

In nooks and crannies across the county you’ll be able to find jewellery created with seaglass, giant landscapes captured on canvas or a masked parade, and there’s art and makers to inspire art aficionados and everyday enthusiasts, adults and children alike.

To mark this birthday year, a celebratory exhibition by photographer Simon Murison-Bowie will tour from Modern Art Oxford (17th-29th April) to The Mill Arts Centre in Banbury (1st May-2nd June ) capturing, in black and white, thirty Oxfordshire artists at work in their private studios.

‘This is a project rooted in an age-old fascination in the place of an artist’s making … Simon’s acute and insightful depictions support the riposte to ‘everyone is an artist’ with the more telling assertion that ‘all artists are people’. Michael Stanley, Director, Modern Art Oxford

With new local area trails, as well as the definitive festival guide and website, visitors will have the chance to see the art produced in their own communities, to ask local artists about their inspirations, techniques and materials, and even have a go themselves.

You can pick up an Artweeks guide from libraries, Hamptons branches and local information points from April or visit www.artweeks.org.
Artweeks is celebrated across Oxfordshire in partnership with local arts centres, museums, and other Oxfordshire organisations, with support from Hamptons International.