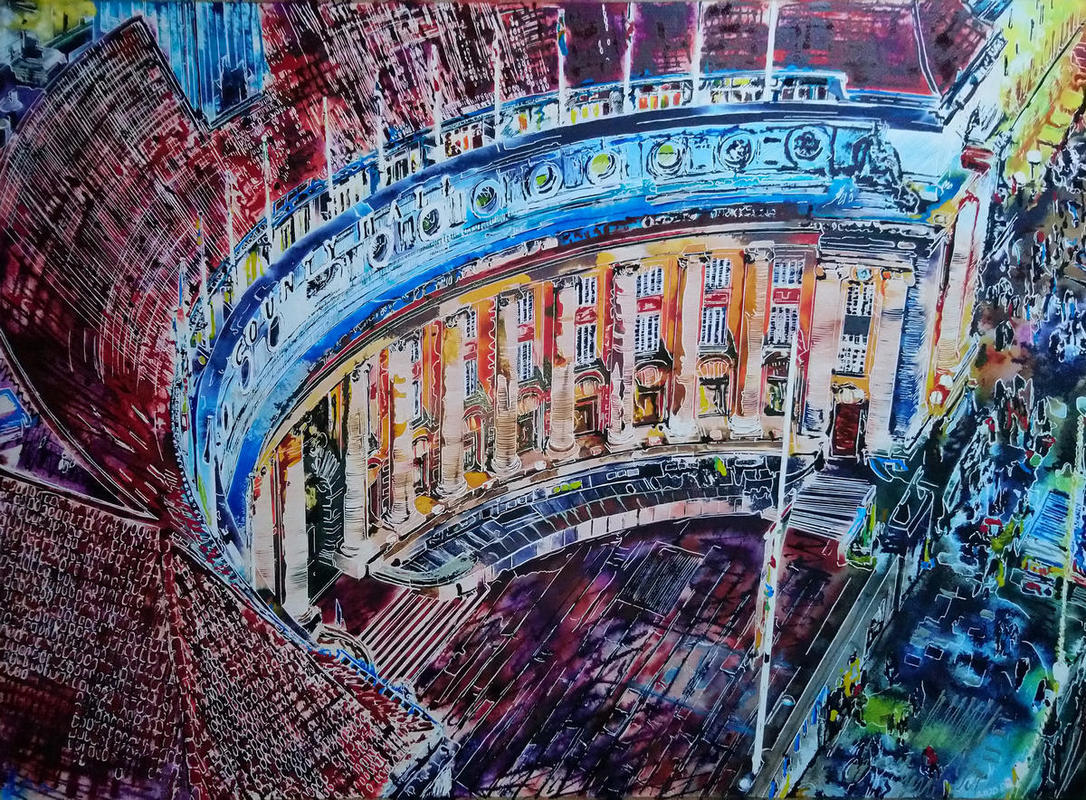 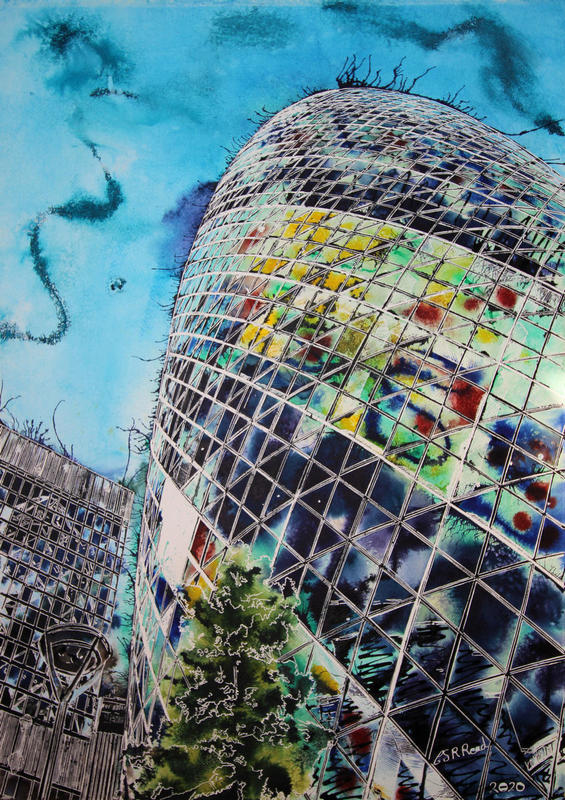 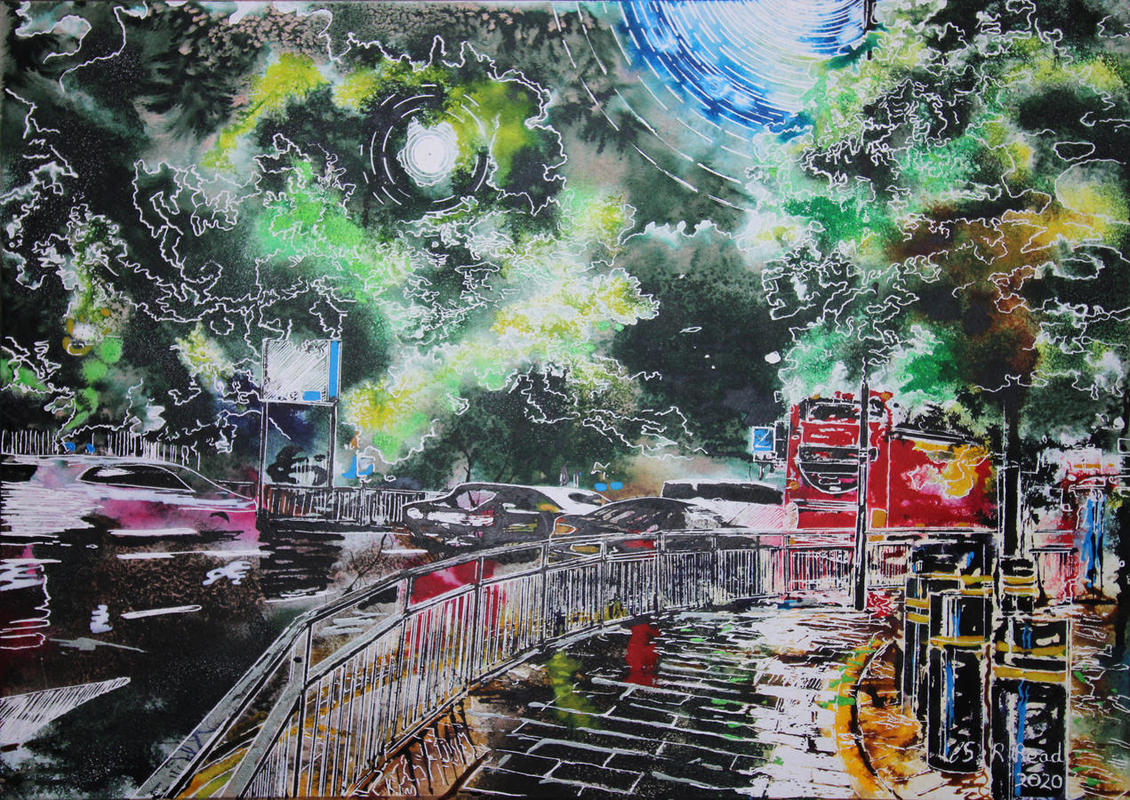 Artist Statement - Cathy Read
Buildings reflect the dreams of the people who create them and, by using an abstract technique, I capture that dreamlike quality. The masking fluid creates a linear structure which holds together the fluid and energetic paint and ink shapes. The acrylic ink, especially, allows mini explosions of colour which evolve during the drying process.
With these paintings I look for perspectives that convey the scale of the buildings. That sense of Awe at their sheer size. By experimenting with angles, foreshortening and shapes, I seek the essence of the vision behind their creation and that childhood sense of looming where the building feels like it will topple on you.

I see buildings as living entities and the people part of this dynamic process. Without then, buildings would not exist or flourish. To understand this, consider the state of abandoned homes and factories.
The nature of any building reflects the people who construct it. From simple home dwellings to corporate status symbols, all of mankind is reflected in the architecture it creates. From the Inca and Egyptians of the past to the skyscrapers of the present day.
Buildings are used to:
denote status
Praise Gods
Places to gather to socialise
To live ordinary daily activities that make up our lives
The list goes on
Buildings are dynamic environments, changing with the ideas and purposes of the individual or corporate occupants. Mankind likes to make its mark, especially with public developments. People living and working in the spaces further modify the environment. The buildings are occupied and altered from subtle wear and tear to major remodelling. The scars of the past remain and I keep these as they are clues to the history of the place.

In a previous life she worked as an Occupational Therapist, using large art projects to help develop fine motor skills in children. While working in private practice her son was diagnosed with Tourette's Syndrome. At the time, working with children and having her own was somewhat a busman's holiday and she found it all too much.

The final straw came following an incident at school and she took the bold step to quit OT with a view to return when her youngest entered school. It was during this time that Cathy realised that she still wanted to be an artist - and it was now or never. She was certain of one thing: she would regret it if she did not at least try.

That was 2008. Since then, Cathy has tenaciously built her career. She had training and catching up to do since leaving art in her A-level year following her dad’s passing. Picking up with portraits and caricatures she had loved doing as a teenager, she slowly improved with practice and attending a few courses at the local art shop which later became Buckingham art school. She says that she has been learning on the job ever since.

Her earlier paintings were predominantly circle based abstracts. Later her style developed into urban landscapes, fuelled by a lifelong interest in buildings - rooted in a childhood dominated by the giant decaying cotton mills in the North of England. Cathy now exhibits her paintings around the UK, Europe, and is in collections as far afield as Canada, Africa, and New Zealand.

She lives in a chapel near Buckingham, in the UK, which she converted with her husband. It's close enough to London to get an Urban Architecture fix when needed.

When Cathy's not steering 60ft of steel canal boat along the British waterways and wielding a windlass, she can be found splattering paint and singing loudly in her Buckinghamshire Studio.